Deno vs. Node.js: All You Need to Know

To be, or not to be, to choose Deno or Node.js, that is the question. Calm down, we are not going to test your knowledge of Shakespeare's masterpieces. By contrast, we will compare two technologies that are so similar in their origins but so different in their specificities. Today the eternal controversy Deno vs. Node.js will be finally resolved, at least we hope so. Intrigued? Then, join us on this research path, and let's find out the answer together. 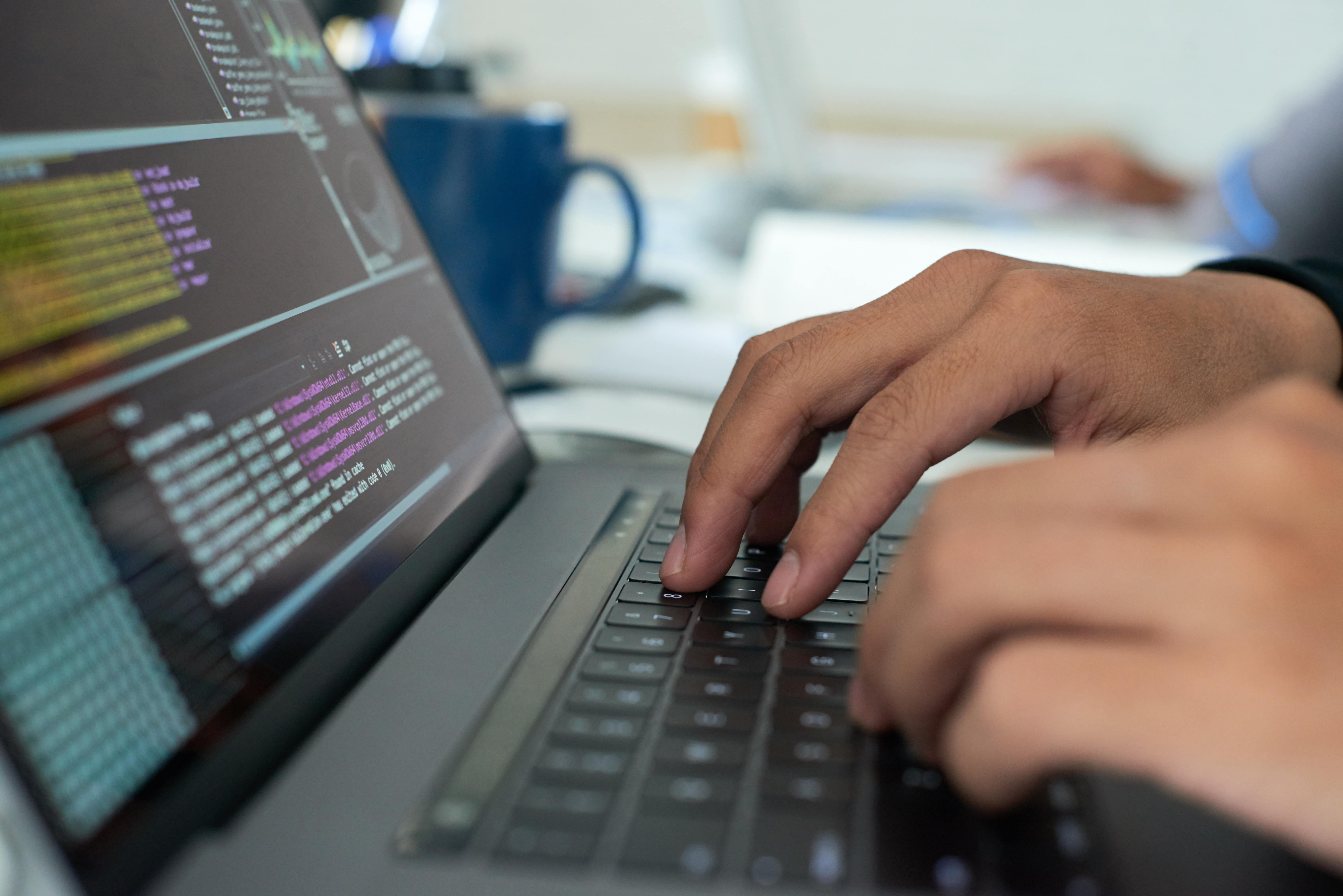 If you are not new to modern tech trends, you have probably heard about Deno. If not, do not confuse the one with a dino, an ancient creature that frequently appears in children's cartoons. Deno is a developer-friendly ecosystem designed by Ryan Dahl in 2018 because of the existence of meaningful, in his opinion, shortcomings associated with his previous creation, Node.js. To put it briefly, Deno is a secure JavaScript/TypeScript runtime built on V8, Rust, and Tokio. Deno is based on fast, easy, and safe technologies, which definitely explains the mind-blowing popularity of this complete toolchain.

Dating back to 2019, Node.js was written by Ryan Dahl in C/C++ and JavaScript. Just like Python, Node.js can be installed on a server, and your code can be executed on it. In fact, Node.js was initially designed to write the server-side code, but now it is often utilized for a multitude of purposes. Nowadays, Node.js is considered to be one of the most prominent platforms for building efficient and scalable REST APIs. Besides, with the help of Node.js and additional frameworks, developers can easily create various types of applications, including hybrid mobile apps, desktop programs, or even IoT-based apps. 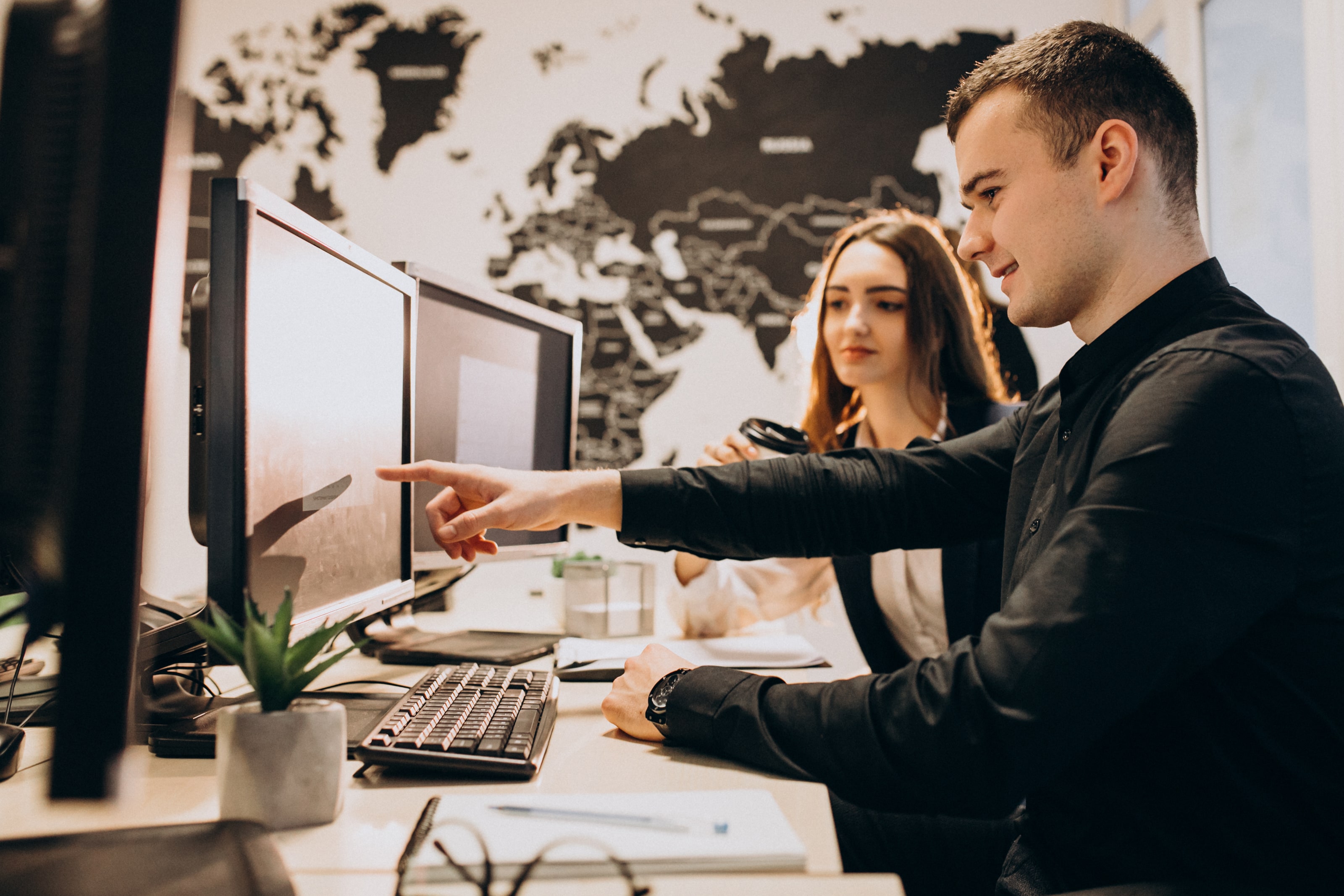 Deno vs. Node.js: What Is the Difference?

As you have probably guessed, the pivotal difference between Deno and Node.js is that Deno appears to be an upgraded version of Node.js. Since both of these JavaScript runtime environments were developed by one author, you can expect they to have a lot in common. Well, you are right, they actually do. Nevertheless, it does not mean that Node.js=Deno, and we are going to prove it in the following paragraphs. Ready, set, go: let's address this legendary Deno vs.Node.js confrontation.

Deno vs. Node.js from the Perspective of a Single Executable File

In a nutshell, a simple executable file sends a specific set of instructions directly to the computer. The only thing you need is to double-click a file that ends with '.exe,' and voilà — you can run your runtime. Fortunately, Deno provides the 'deno.exe.' file, while Node.js does not have such an option. Therefore, in Node.js, your app should run with all required packages under the 'node-modules' folder.

First-Class TypeScript, Deno, Node.js, and Everything in Between

What is one of the most critical benefits of Deno? As you have already understood from the title of this paragraph, Deno perceives TypeScript as a first-class language. According to the Deno manual, it means that 'you can run or import TypeScript without installing anything more than the Deno CLI.' Yet, what about Node.js? Let's search for the answer together. When running code in Node.js, the ending' js,' which stands for JavaScript, speaks for itself: TypeScript is not treated as a first-class language. Hence, to get the most out of this runtime ecosystem, you have to set up and configure your TypeScript with Node.js.

Security Battle' Node.js vs. Deno': Who Wins in the End?

While security is of paramount importance in the developers' world, Deno has undeniably succeeded from the perspective of the permissions system. By default, all code runs in a safe sandbox environment. This helps protect access to the file system, network, and environment variables unless access is granted explicitly through a command-line argument. On the contrary, the Node.js runtime is very liberal, providing the code with full access to the computer's network and file system. Thus, third-party code may harm your system. 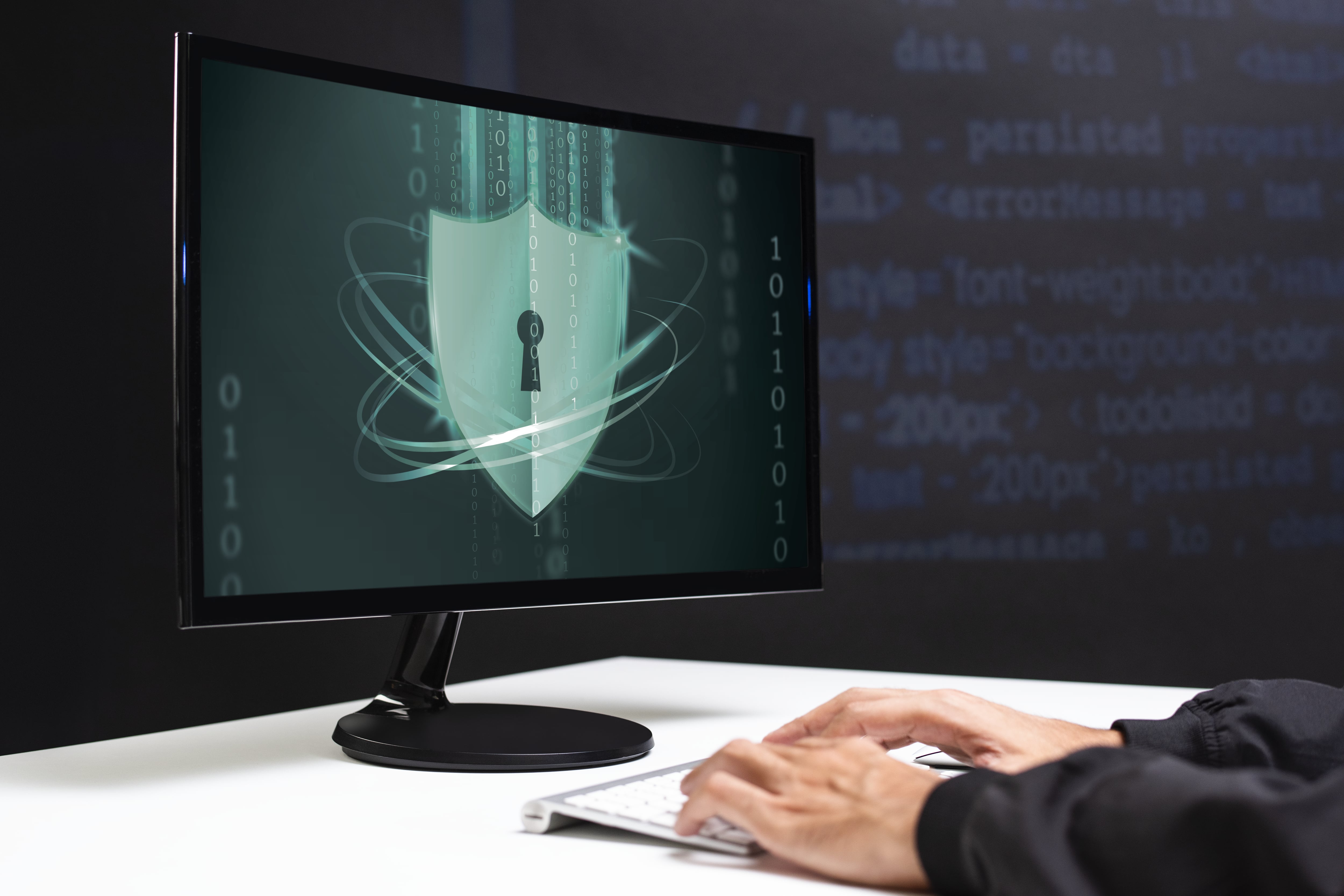 While Node has an official 'npm' package manager, Deno does not have one. In fact, Deno uses a URL to get and import packages, so such a method provides both advantages and disadvantages. In this regard, one of the main benefits of Deno is the great flexibility that comes without the necessity to publish packages to a repository like 'npm.'

It Is All About Modules

One of the most significant differences between Deno and Node.js is that Deno uses the official ECMAScript module instead of the CommonJS. By contrast, Node.js 13.2.0 incorporated modules only at the end of 2019. Nevertheless, even then, module support remained immature because it was included by the controversial '.mjs' extension. In the light of this comparison, it is logical to conclude that Deno is a future-oriented runtime environment as it uses modern web standards for its modular system.

Unlike Node.js, which provides a relatively small standard library, Deno has a full suite of standard modules gathered in the official library: 'Deno's standard library's modules do not have external dependencies. They are always reviewed by the Deno core team.' Thereupon, this standard set of superb modules can be freely utilized and incorporated into all Deno projects.

Since Node's first release, over a million third-party packages have been enlisted in the 'npm' registry. There is no doubt that their quality can differ significantly, and many of them are no longer supported, but this is still a great advantage for programmers utilizing this runtime environment. Notably, Deno keeps pace with Node.js by proposing an extensive range of compatible third-party modules. Although it does not offer millions of modules like Node.js, there are still more than seven hundred modules on this list. 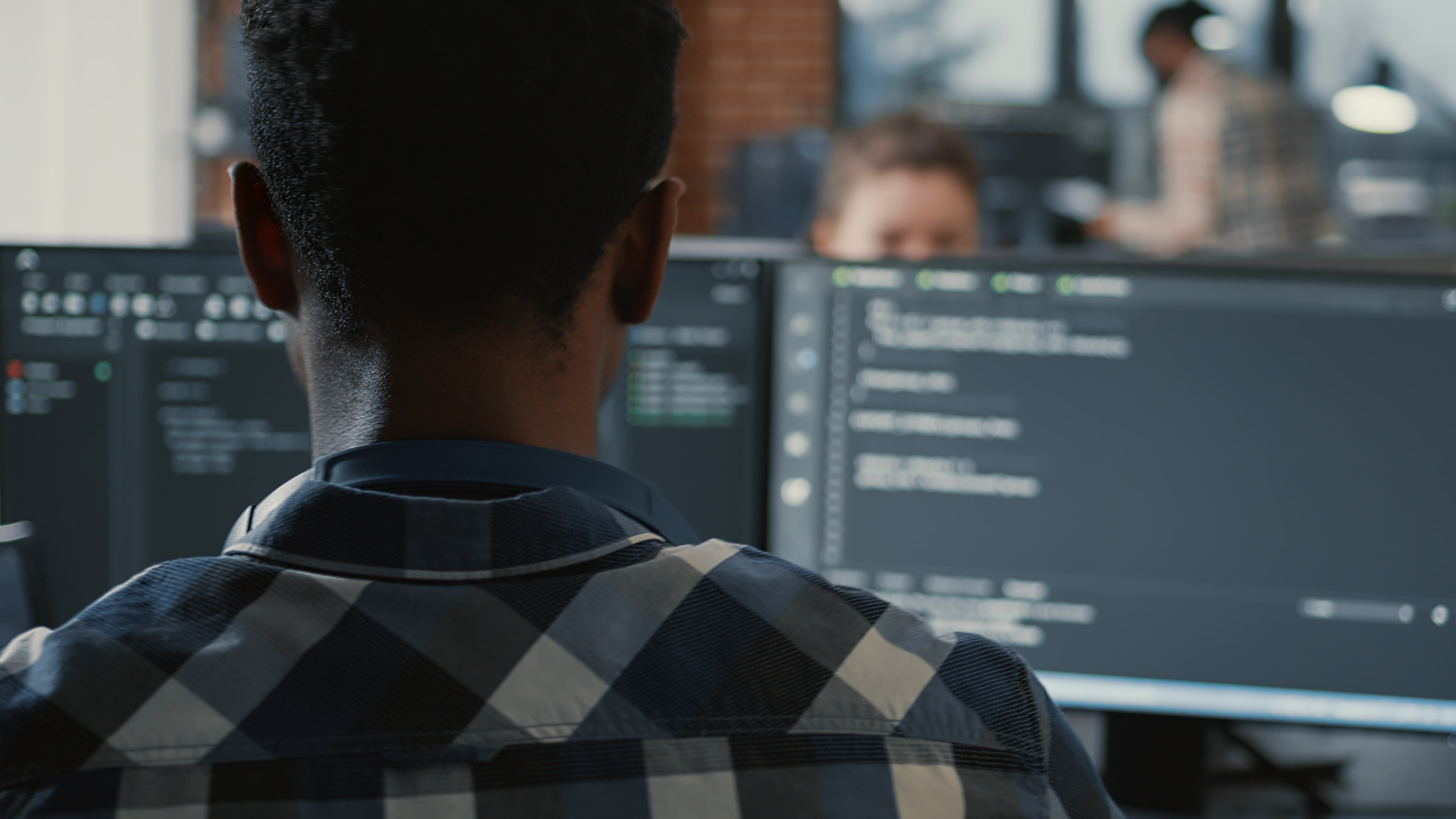 As claimed in the official Node.js manual, 'promises are one way to deal with asynchronous code, without getting stuck in callback hell.'  Well, we cannot be any more clear about this, but do promises in Node.js and Deno differ? Yes, yes, and yes again. That is because Node.js was created way before promises and async/await. In particular, after using Deno and learning the capabilities its promises provide, Node.js will look like something truly outdated.

After All Is Said and Done, It Is Time for a Blitz Q&A

1. Is Deno better than Node.js?

Both yes and no. While these runtime environments utilize the same JavaScript engine, they hardly differ in their overall performance. However, if you are looking for specific above-mentioned functionality, you can choose the one that suits you best.

2. Is Deno faster than Node.js?

Being an upgraded version of Node.js, Deno is definitely faster than Node.js in terms of building applications.

It is clear that Ryan Dahl enriched Deno with enhanced Node's functionality so that it would be able to replace the older version in the future.

At first glance, it may seem that Deno is fulfilling its primary purpose and eventually killing Node.js. Still, the practice shows that Node.js is still popular among developers, so it is not likely to disappear at all.

While further study is warranted, here is your turn to end this awe-inspiring investigation. We provided you with a state-of-the-art comparison of these robust runtime environments, but it is only up to you to decide Deno vs. Node.js. After all, do not be afraid to explore, ideate, and accept new challenges while we will enrich your experience with meaningful tech insights based on our deep expertise and long-term experience in the field. 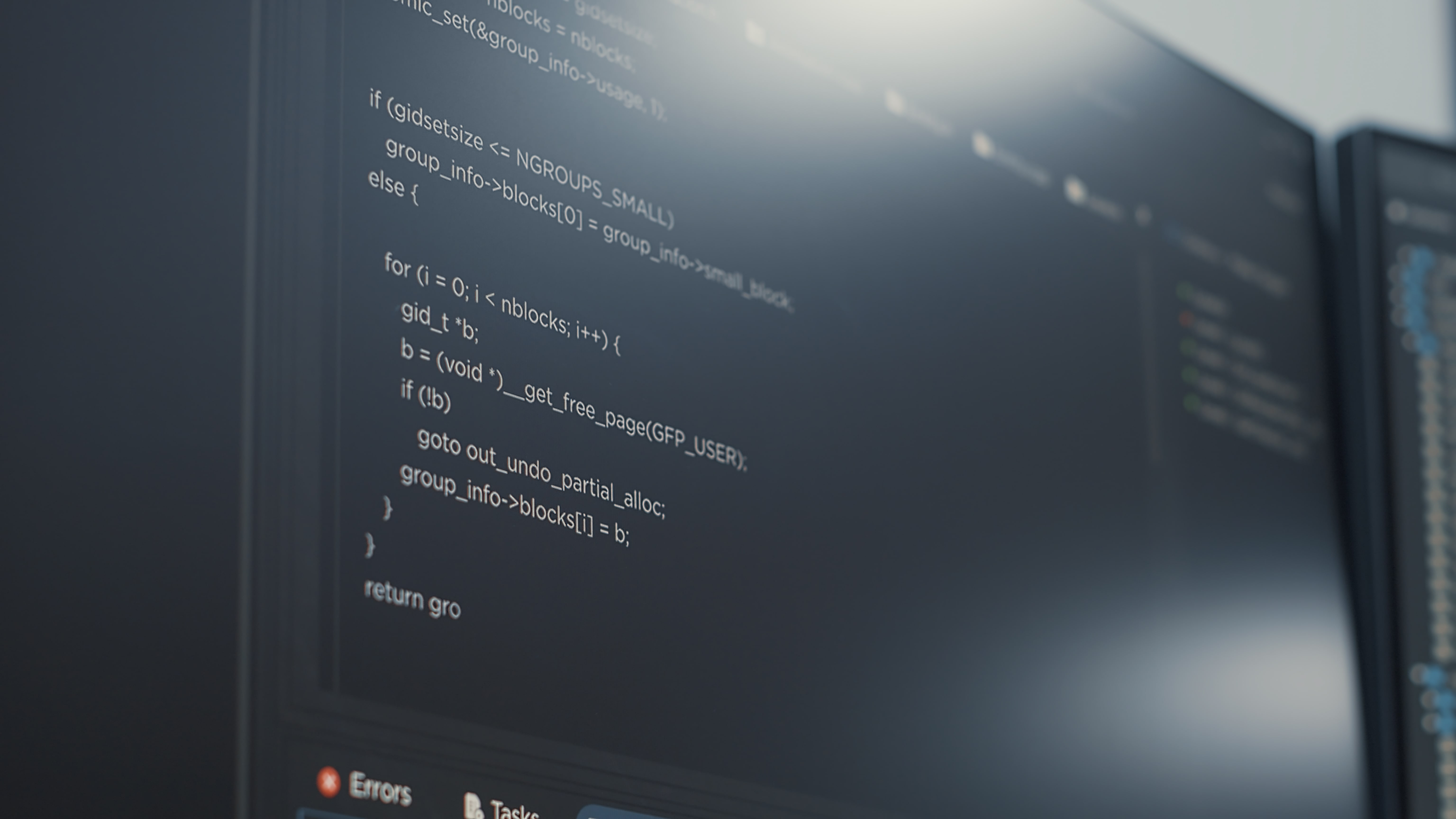 Do you still have any doubts or do not know which technology to choose for your next market-leading project? With SolidBrain, it is not a problem anymore. Just drop us a line, request a free consultation, and make the first step toward the world-changing technologies of the future day.

Ready to get started?

Talk to us and let boosting your business right now!