Taking a look at modern programming languages, you will notice that the PHP framework is becoming one of the most used among businesses. Its popularity is explained by the benefits that PHP gives to enterprises. Being a free-from-cost and easy-to-use language, it also attracts leading social networking sites such as Facebook and Tumblr, which also use it for coding.

However, each PHP-based framework has its unique coding standards, styles, and methods. That's why it's important to weigh all the pros and cons of each and choose the one that will bring the best solutions for your niche.

In this article, we will focus on the most well-known ones – Laravel vs Symfony.

Looking at them you will notice that they are quite similar. They have several things in common, mostly because Laravel is based on Symfony and uses some of its modules. Without ado let's delve into this topic and deal with it.

This framework is mostly used for creating simple web projects. Having an MVC building permits app modification and accelerates development processes due to code segregation. The users also note a great set of functionalities that it has.

Laravel is oftentimes chosen by specialists who make the website from scratch as it has a simple interface that saves both time and money.

This February the newest version which is also called Laravel 9 was released. The biggest advantages that users notice are the query builder interface, the usage of PHP 8, and the new helpers. All these features simplify work and implement a user-friendly experience. 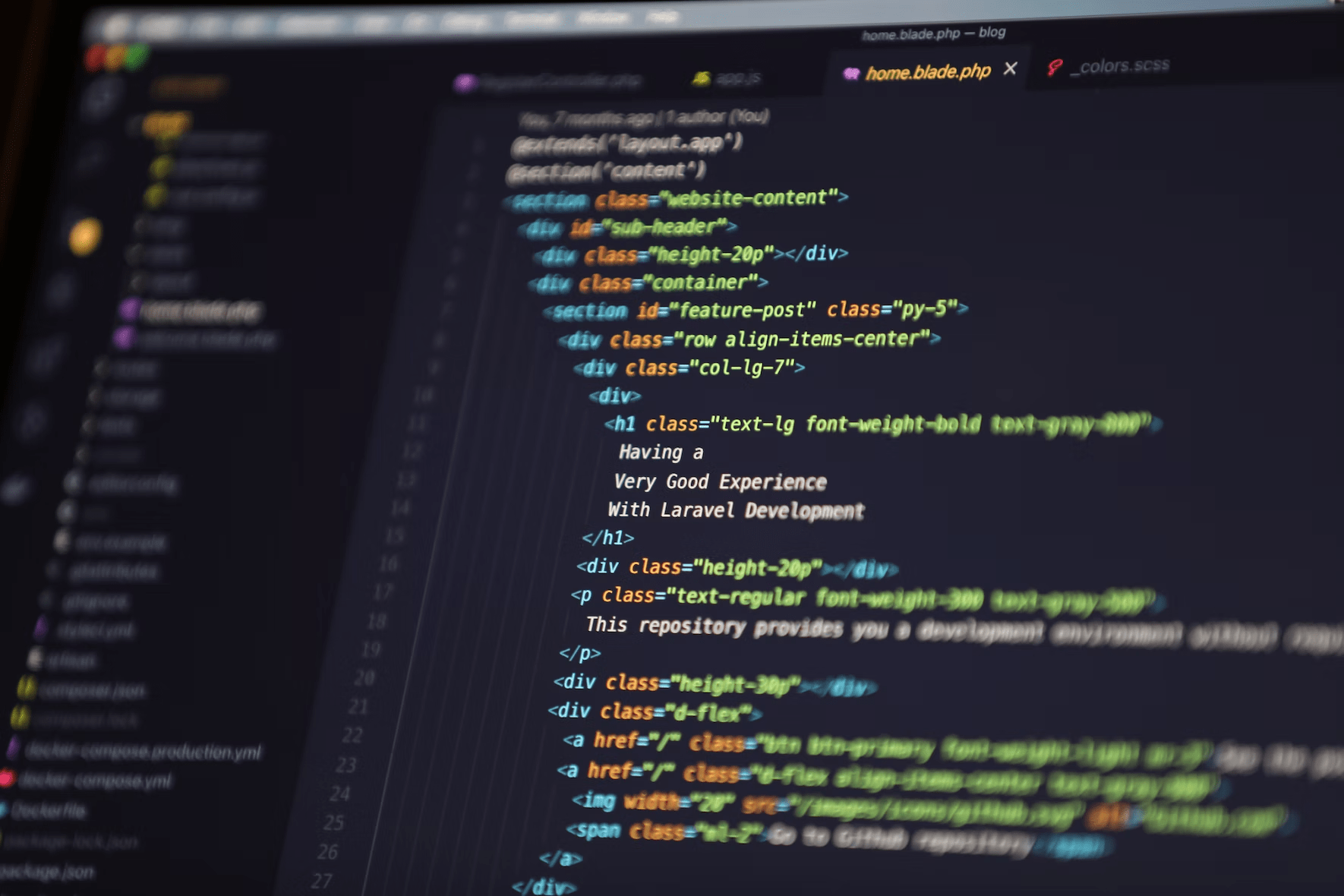 Symfony is a back-end frame that is used for developing complex web projects. People who come down in its favor, mark two technological benefits that help Symfony stand out among others. They are called Bundles and Components.

The Bundles' flexibility and detaching capacity help to reduce the amount of money spent on coding.

Components in their turn reduce the hours that are spent on monotonous tasks. They can be used separately without hurting the coding, which makes delegating possible. 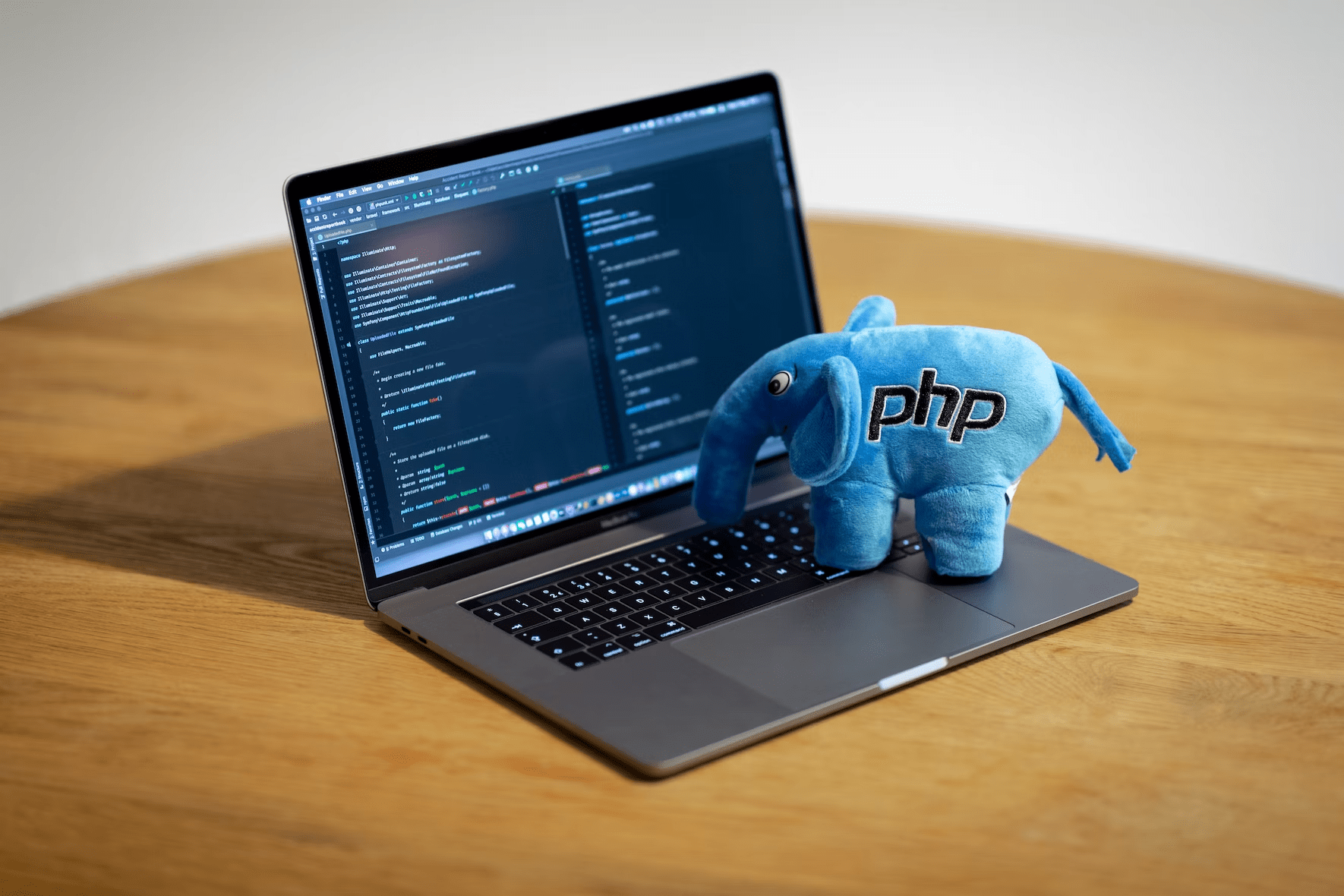 Even though both of them are based on PHP these systems are not the same comparing their strong and weak points. Let's take a closer look at them and get to know which one will be more applicable.

First of all, Laravel is considered to be one of the easiest frameworks that constantly updates including new PHP features.

The updates are not a good idea as there is a high possibility that the code might be broken.

Now let's take a look at the benefits that Symfony has and see whether it beats Laravel.

Primarily, an undoubted advantage of Symfony is including a lot of in-built features. Such a benefit is important as it enables one to make complex web applications and achieve the best technical results.

Furthermore, it does use a lot of memory.

And also Symfony constantly updates. That enables the usage of new features and tools.

The coding that should be used in this system is complicated, requiring deep knowledge and practice. 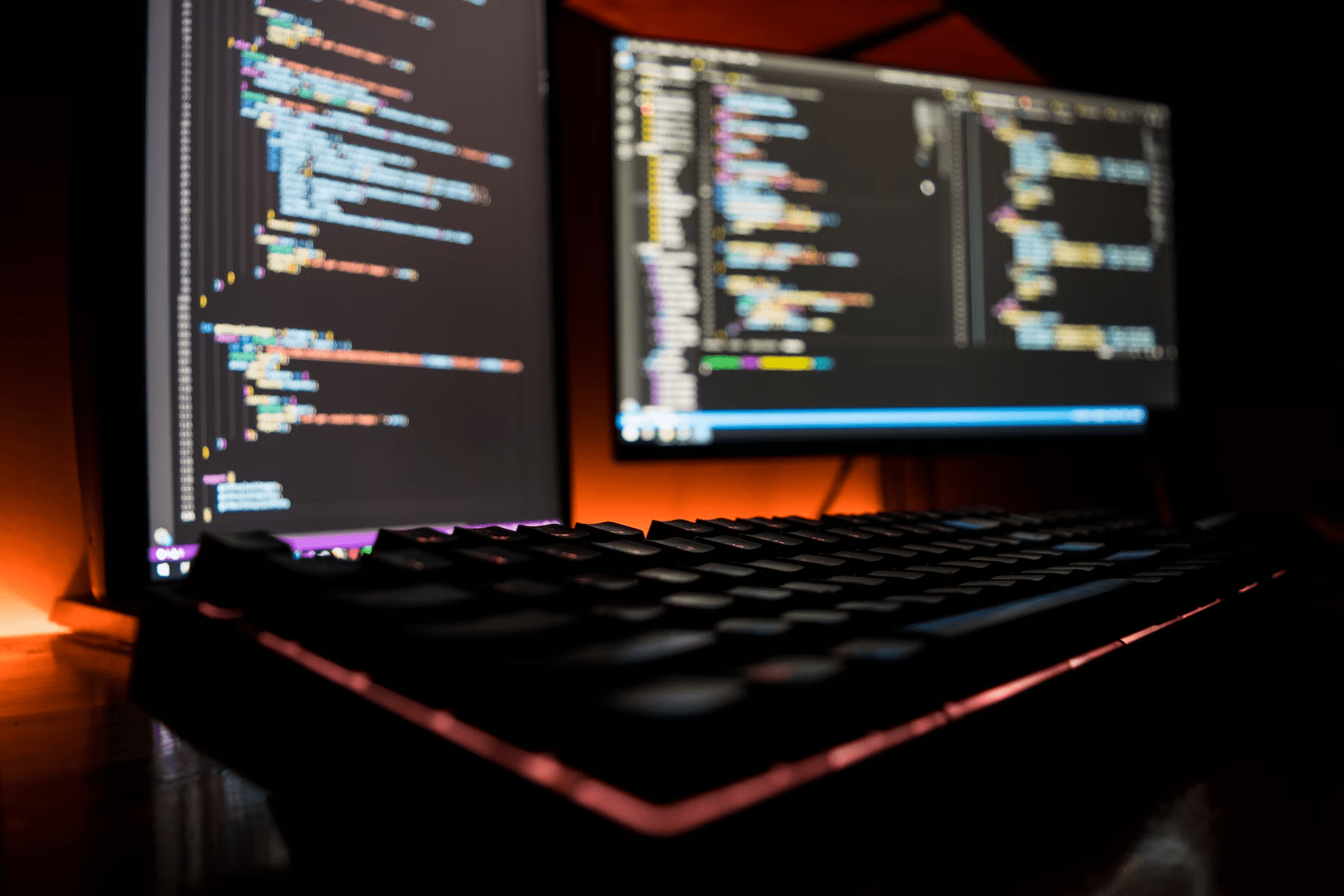 Now let's take a look at the time during which these two frameworks load. Laravel shows 60 milliseconds while Symfony needs approximately 250 milliseconds.

At first sight, in this Laravel vs Symfony comparison, Laravel wins. Nevertheless, if we go deeper into analyzing both of them, we will notice that Symfony has a wider functionality that is a necessity if you are into complex web projects.

In its turn, Laravel seems to be attractive thanks to the ease and clarity with less coding. Even though it doesn't have the tools for advanced web tasks, it is still popular among those who want to spend fewer resources and don't need all that range of implements that Symfony has. 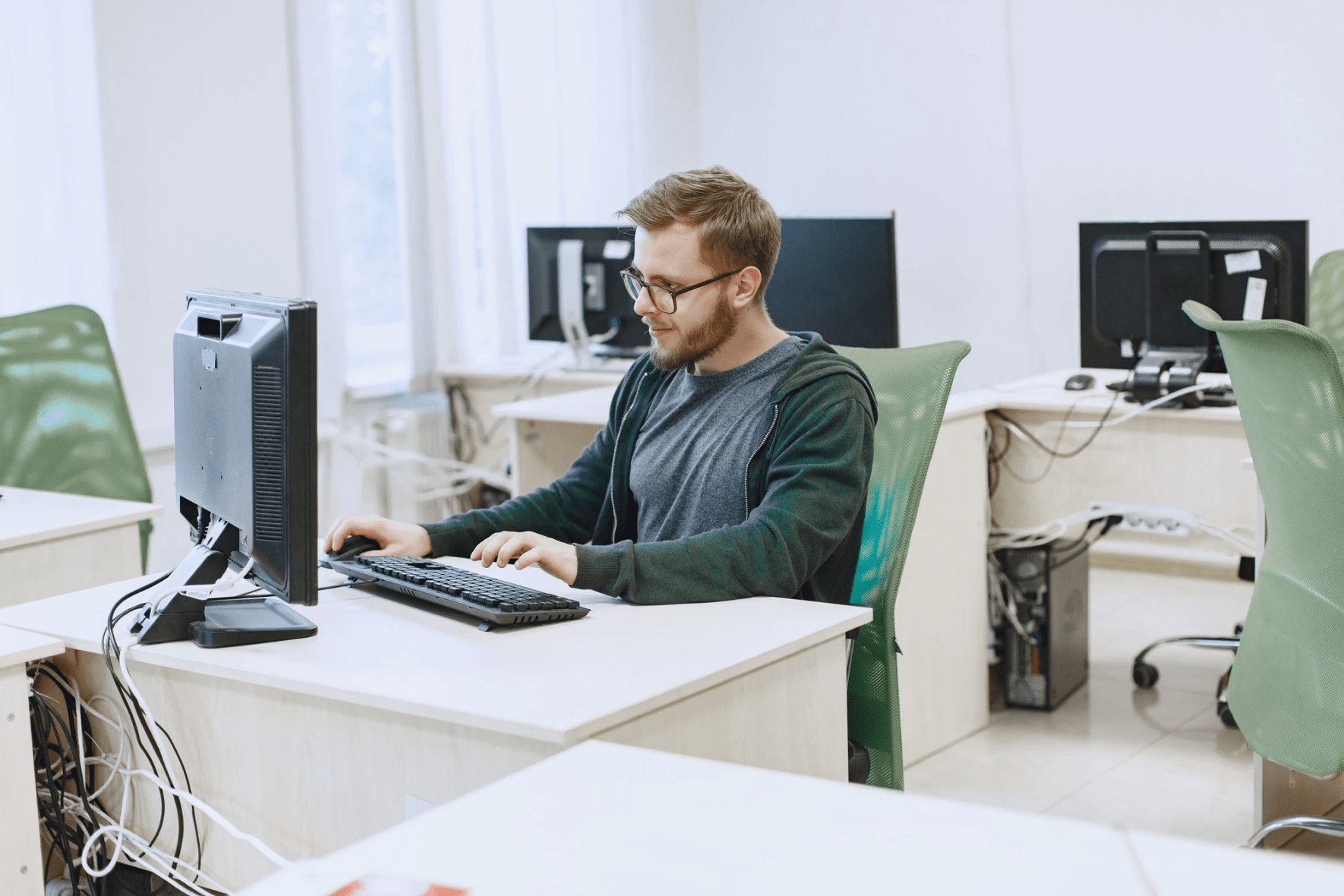 If you need a more modular framework, pay attention to Symfony. The thing is that its great advantage is that it uses bundles. Because of Framework Bundle code and functionalities sharing is possible. Moreover, it has a packaged modular structure. This feature allows components to be reused.

Talking about Laravel, it involves MVC architecture. Its restrictions reduce its modular potential. 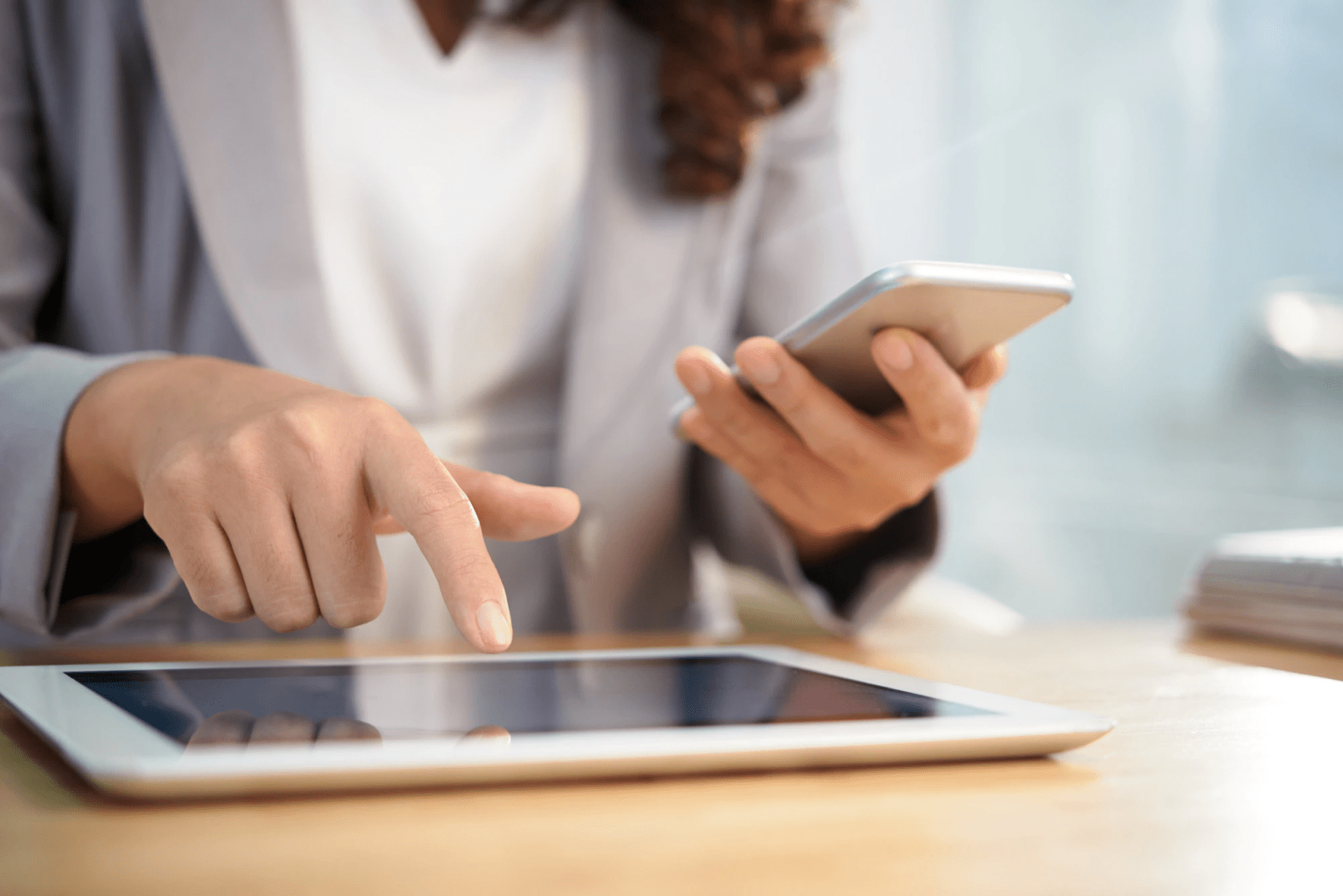 According to the template engines, Blade is used in Laravel, while Symfony chooses Twig.

Laravel's Blade templating engine is rated highly among developers thanks to its clarity and the capacity to use ordinary PHP code.

Keeping an eye on Twig that is used in Symfony, it can display its features. Now it goes not only about the ones that help you to build a complex web page. Twig is also considered to be highly secure.

However, Symfony doesn't beat Laravel in this Laravel vs Symfony battle. The thing is, Twig can be also used in Laravel and provide it with the mentioned benefits. 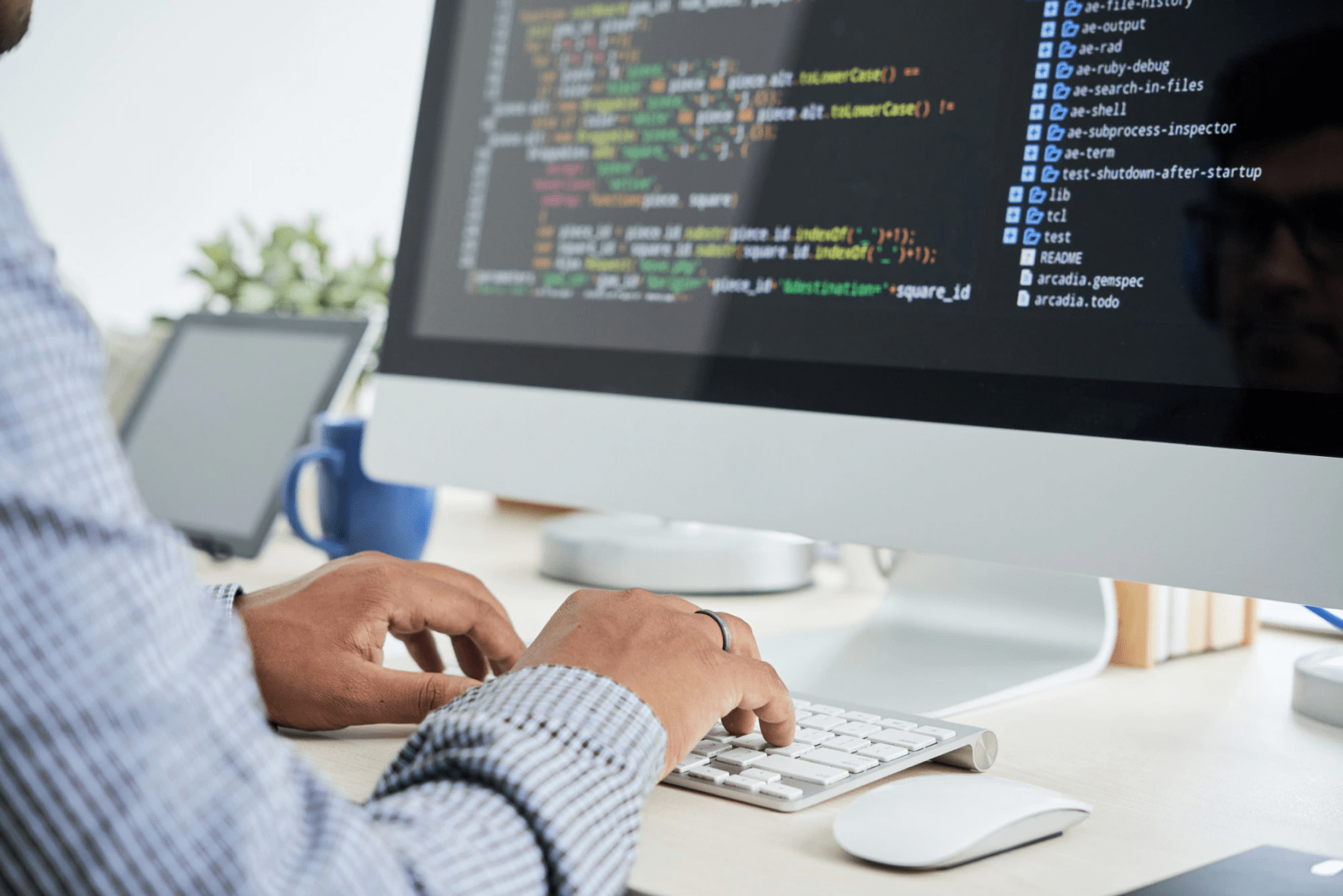 Data is one of the most essential things in every web project. It needs to be maintained in one place, supported, and kept in working order. If your framework has high-quality database support, the wasted data loss money could be saved.

Symfony and Laravel both use ORM for data saving. Laravel chooses Eloquent whereas Symfony comes to Doctrine. ORM usage eases the handling of data and decreases the chances of data loss.

Thanks to Eloquent, which is used in Laravel, all databases have corresponding models that are used for interaction with the table and at the same time make it easier.

Taking Doctrine into consideration it has the table inheritance feature. It empowers developers to share data easily. 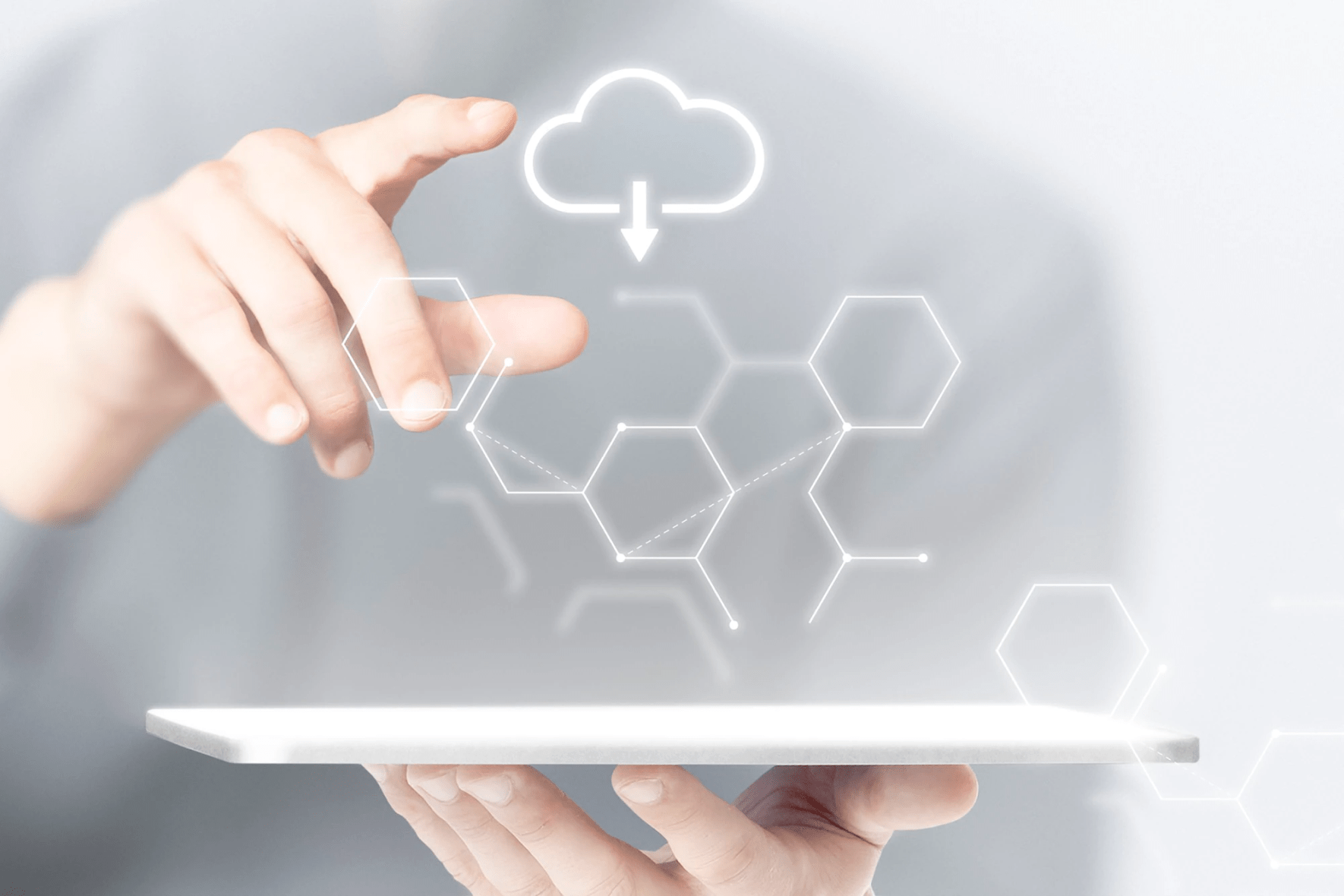 If we have mentioned database support, it is also important to take a look at scaffolding. It enables the developers to include a specification for the description of the database usage. Nevertheless, there are some MVC frameworks in which this technique isn't supported. Laravel is one of them.

Laravel doesn't include a native scaffolding tool isn't included, but its integration is still possible.

Symfony, on the other hand, has a Sensio Generator Bundle which is handy for code skeletons making. 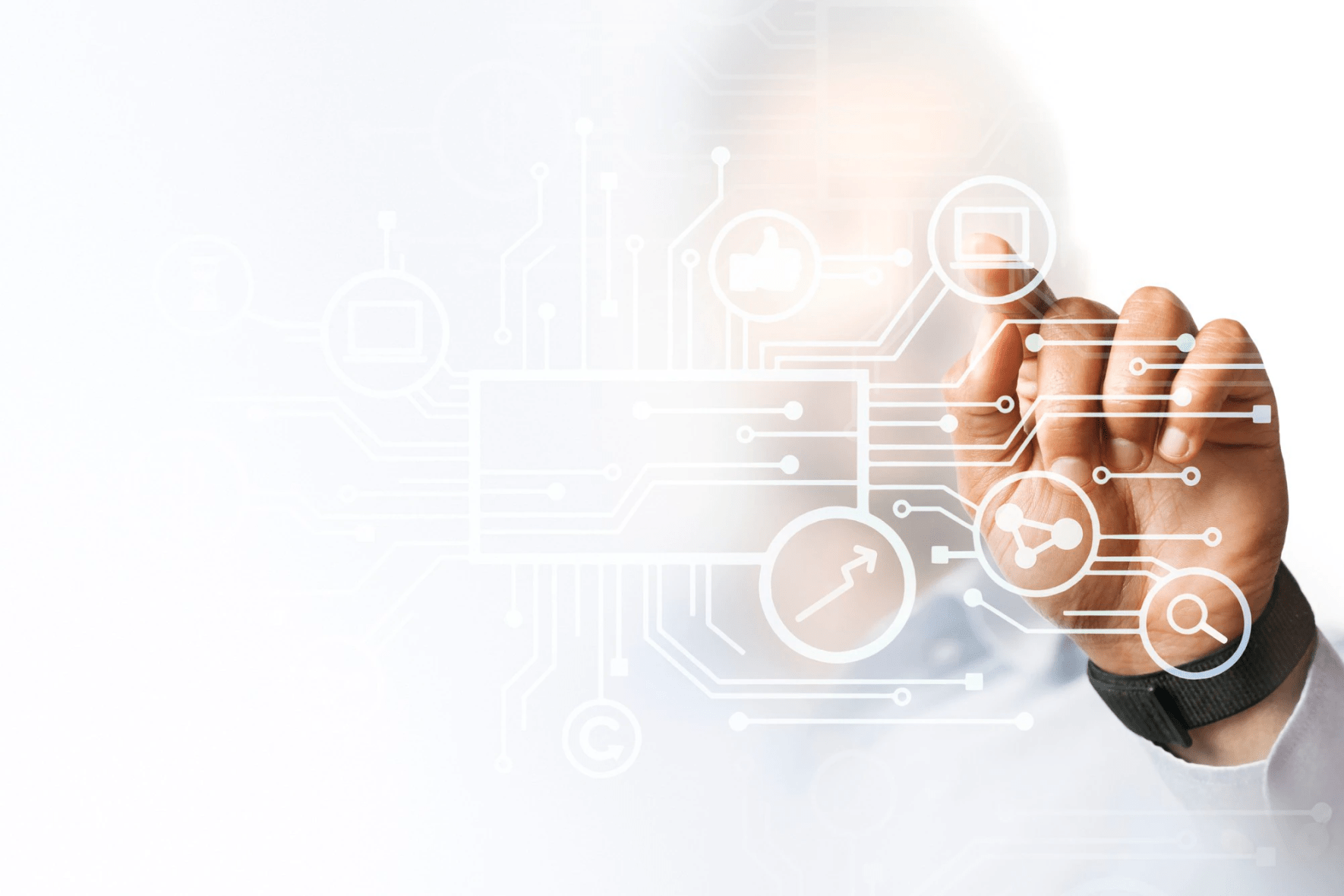 Laravel's path selection is shorter than the one that is in Symfony.

However, using Laravel you should keep in mind that it works only in PHP while Symfony offers a larger scale that apart from PHP also has YAML and XML.

Considering dependencies Laravel can manage them easily as you don't need to write dependency configurations yourself Laravel automatically scans them for PostService and after that resolves them.

You also can do it using Symfony, however in this case some settings are required. For this, you need to turn on the auto wire by adding it to your configuration.

Taking into account Laravel vs Symfony 2, the last one includes an in-built Dependency Injection Container, that eases customization. 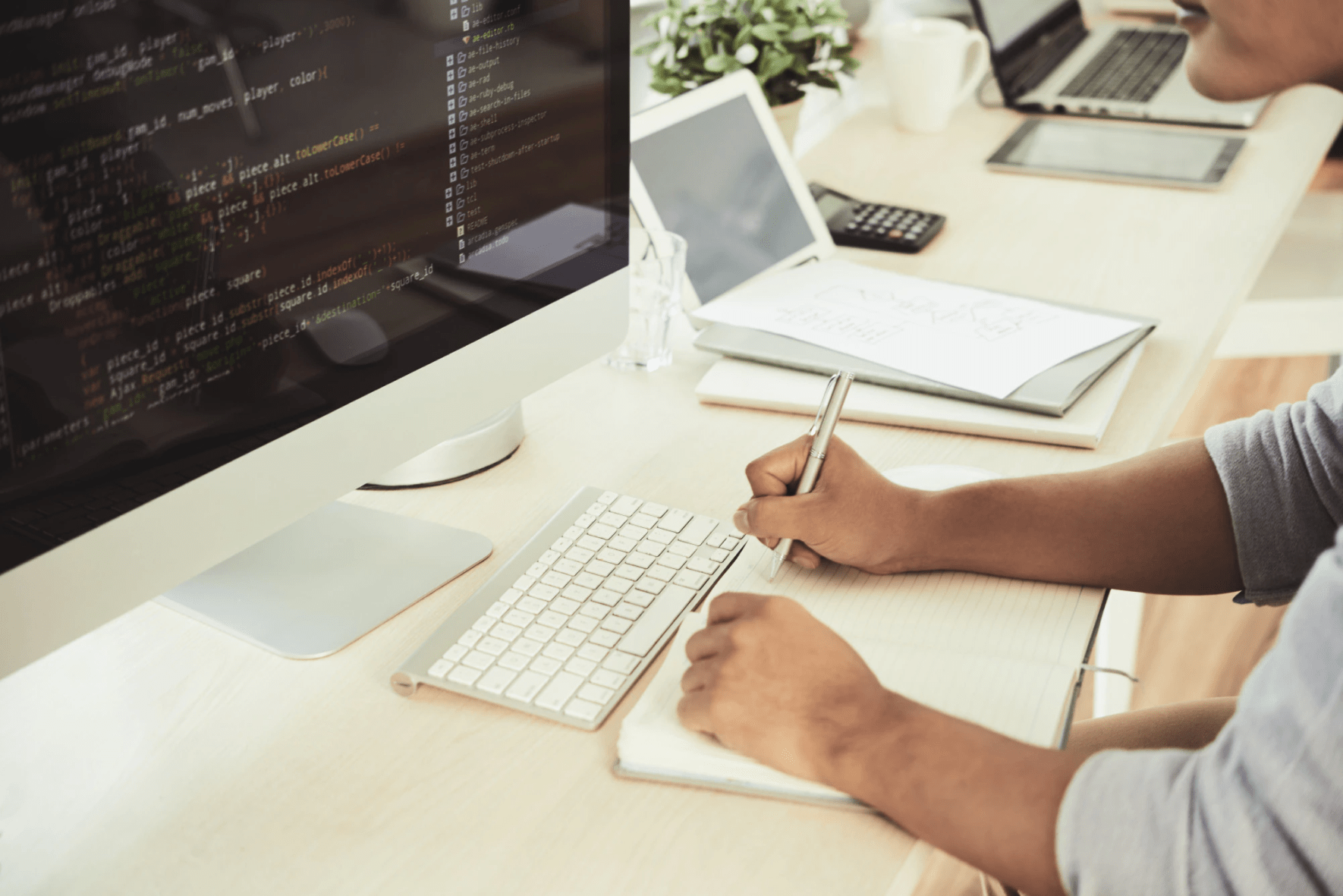 The used in Symfony security is considered to be slightly more powerful but on the other hand, the needed settings are more complex.

Comparing their strengths Laravel's security approach isn't far behind Symfony's. However, it is much easier to set up. 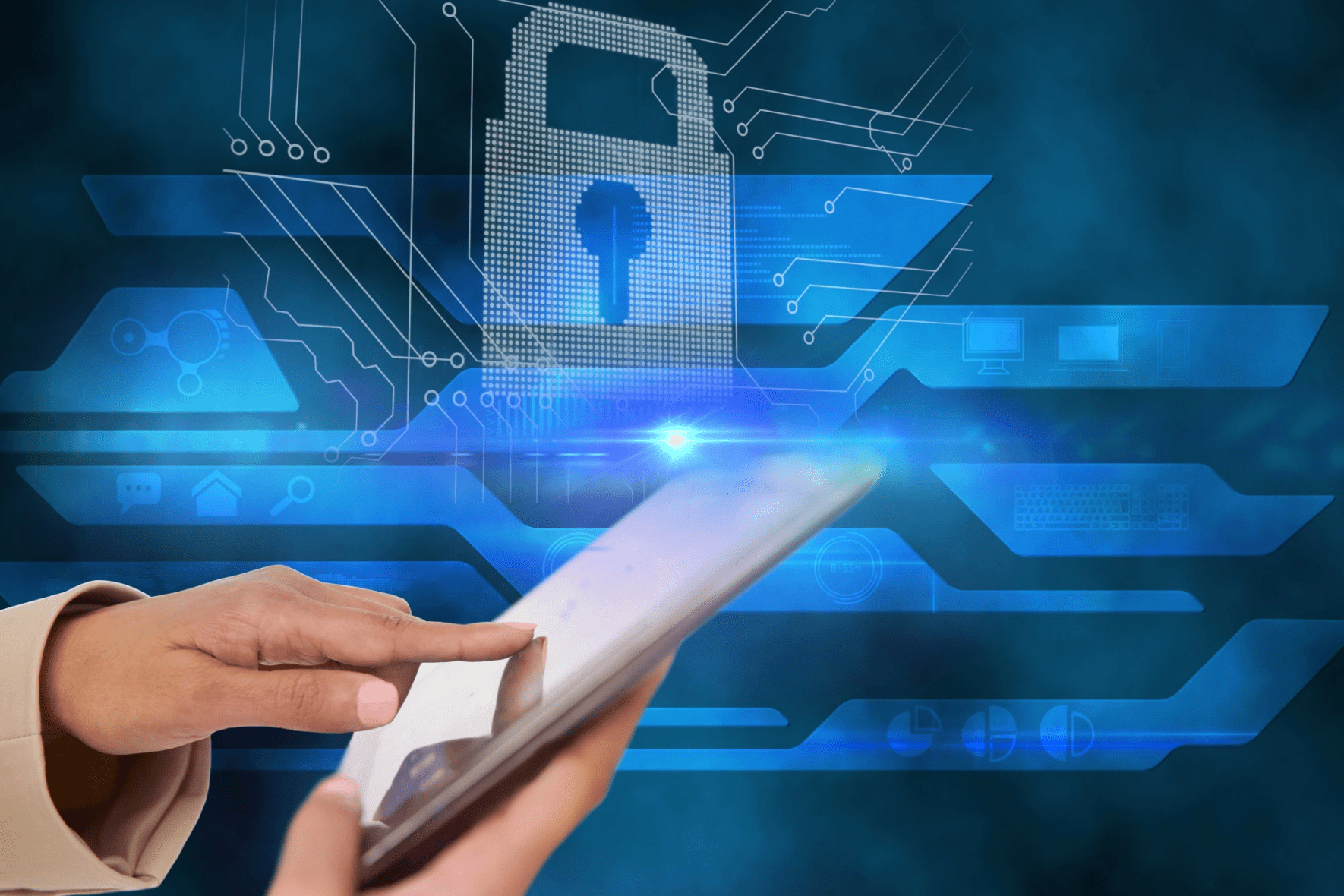 As it was mentioned Laravel involves Symfony's elements. This point makes it more adaptable. It also needs less coding due to not having so many features which makes it faster.

Because of the more advanced coding that is used in complex applications, the overall speed performance is slower. 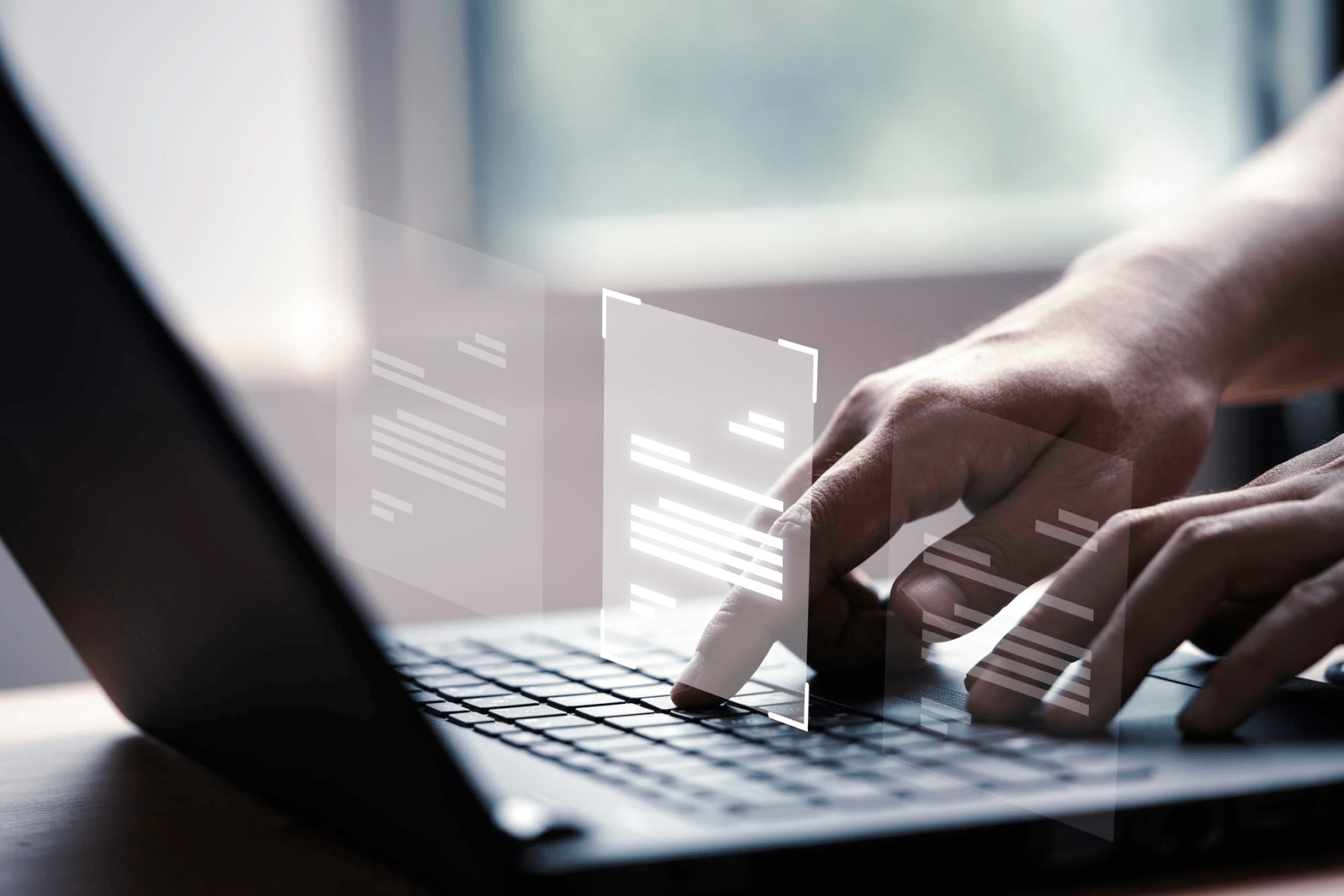 Even after comparing Symfony with Laravel, it is still impossible to say that one takes precedence over another in the 'Symfony vs Laravel 2023' battle.

Both of them offer useful features and tools needed for a successful web project.

The choice of the framework should depend on the goals you want to achieve. If you are interested in high-speed performance and ease of usage, pay attention to Laravel.

On the other hand, in the case of building a complex web application, the choice of Symfony will be better because of the wider variety of features.

SolidBrain will help you to choose the best framework that will help to achieve the best technical results. Thanks to our team of developers you will not just save time and money, but also implement the goals you have set.

Contact us for a free consultation and get professional help on web development.

Are you still doubting what framework will be better for your web project? Just take a look at these frequently asked questions to sort all the information in your head!

In Laravel vs Symfony speed comparison, Laravel beats Symfony as it loads in 60 milliseconds. At the same point, Symfony reaches up to 250 milliseconds.
Both of them l are compatible with the architecture of microservices. However, there is a difference between the usage. As the Laravel app has modularly broken building blogs with their responsibilities and features, they can communicate with each other. Symfony in its turn supports microservices using the Microkernel attribute. It needs fewer lines of code and as a result, the deployment becomes faster.
There is no perfect programming language and each covers a particular project's needs. Even though developers like the PHP framework because of its ease of using it is still important to mention some PHP alternatives. They include Python, Node.js, Ruby, Go, Rust, and C#. Before choosing one it is important to make a thorough analysis of each and have a clear view of the web project you want to see at the end.

Ready to get started?

Talk to us and let boosting your business right now!